How to Tell If Your Estate Really Is Simple 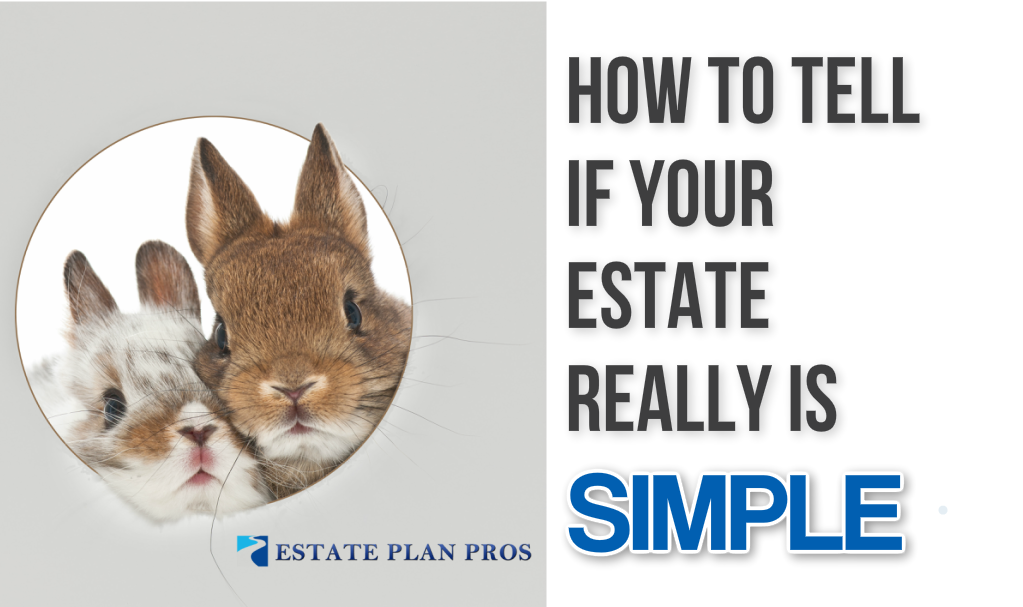 When dealing with the “wonderland” that is the legal system, you can find yourself falling down the rabbit hole.  When it comes to the question of whether your estate is “simple” or “complex” you’ll find that the answer has some curious and perhaps some surprising twists.

How big is your estate?

That is the obvious question, isn’t it? Yes, size can matter, particularly for estate tax planning, but the types of assets held, and who the beneficiaries can have a larger impact on the complexity of the estate plan.

It’s not just what you say, it’s how you say it…

Take the story of Mr. Duke.  He created a “simple” will in 1984 that left everything to his wife, and if he and his wife did not die “at the same time” his estate would go to two charities.  His wife passed away in 2002, and Mr. Duke passed away in 2007 without changing his will.  His two surviving nephews, as his closest living relatives, claimed the estate and the charities objected, citing Mr. Duke’s intent to leave his estate to the two charities.  The case wound its way through the court system, eventually reaching the California Supreme Court.  That court in July 2015 issued its ruling giving Mr. Duke’s estate to the charities – eight years after Mr. Duke’s death.  Bad drafting on Mr. Duke’s part cost his intended beneficiaries (according to the California Supreme Court) eight years of expensive litigation, with victory far from certain for the charities.

“Would you tell me, please, which way I ought to go from here?” “That depends a good deal on where you want to get to.” “I don’t much care where –” “Then it doesn’t matter which way you go.”

It’s all about the money and other myths

Popular opinion states that greed is what drives family members to fight over an estate.  Yet, in my experience as an estate planning attorney, that isn’t necessarily the case.  As Liz Moyer noted in her Wall Street Journal Article, “When Heirs Collide”, one heir spent time and money pursuing a case of undue influence over his grandmother because he was “looking for the truth.”  Children and grandchildren are compelled to honor the wishes of the deceased and are willing to sacrifice a lot of time, money, and emotional energy to carry out those wishes.  To avoid protracted battles, you’ll need to make sure your wishes are clear, consistent, and expressed in a legally enforceable way.

To help give you an idea of where your estate is at on the complexity scale, I’ve prepared a free quiz.  You can start the quiz below.