Watch Out for These Scams Targeting the Elderly 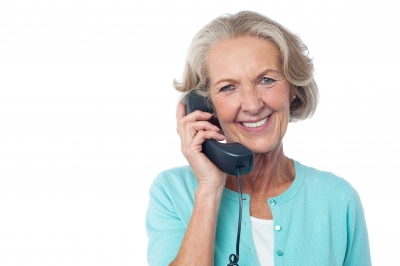 The people who target that generation who grew up on “your handshake is as good as your word” to me are some of the lowest sorts of scum. Some of my favorite conversations are with people who’ve gone through the great depression, and their vivid memories of what it took to survive those tough times. If you know someone who has been a victim, or have even fallen for one of these scams, do yourself and future victims a favor: look at the Elder Justice resources listed at the US Department of Justice, and help them put these scammers where they belong – behind bars. Here are some of the current scams to watch out for:

An individual will call, and identify themselves as a representative of Medicare or other health care provider. After they get some basic information, they’ll call back later, and say that they’ve spoken with one of your children or another relative, and it’s okay to give the caller your personal information, including Social Security Number and Drivers license. According to the National Council on Aging, the scammer then uses this information to bill Medicare and pocket the money. Tip: Don’t give out sensitive identification information to people who call you.

This a scam that happened to a close relative. They received a call from someone who claimed to be “stranded” and need them to wire them money. The caller said, “This is your grandson” and when my relative guessed the name of one of his grandchildren, the scammer ran with it. The scammer then had my relative wire them money. Tip: Don’t play name games with callers, and don’t wire money. If a family member calls and asks for money, call them back on a known phone number to verify their story.

With the high cost of prescription medication, there is high motivation to look for alternative sources of medication. Unfortunately, web scammers take advantage of this to offer prescription medication at bargain prices. At best, these scammers just take your money, at worst they’ll actually send fake drugs, putting your health at risk. Tip: only work with reliable vendors.

Relatives of a deceased individual will receive calls from people claiming that the decedent owed them money. A variation of this scam is a “messenger” delivering a package to a widow or widower that the deceased spouse supposedly ordered, for which immediate payment is demanded. Only after the messenger is gone do you find out that the package is full of worthless papers. Tip: If in doubt you can always decline a package.  For creditors, refer them to the probate executor or the successor trustee.  A real creditor will have documentation to give to the decision maker, and won’t be calling random relatives.  A fraudster will go away or get angry and belligerent.

According to US Treasury Secretary Jack Lew, the IRS has recorded 290,000 scam calls since October 2013. The senior receives a phone call from someone claiming to be an IRS Agent who is calling about unpaid back taxes. They’ll then threaten the senior with everything from a suspended driver’s license to arrest. Tip: The IRS only sends certified letters.

The biggest problem with catching these crooks is that victims feel foolish or ashamed for being taken in. Do the next victims a favor, and get law enforcement involved.