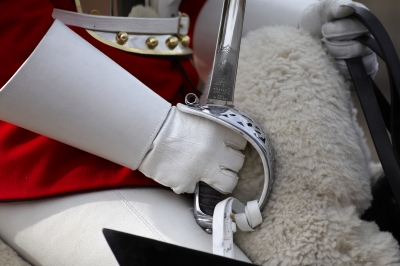 This week the California Supreme Court did their best to divine the intent of the handwritten will of Irving Duke.  The will he wrote provided for two charities, but only if he and his wife died “at the same moment.”  Mr. Duke survived his wife by some years, and his closest living family members stepped in to claim the estate as the natural heirs at law.

In 1984 Irving Duke, then 72 years of age, prepared the handwritten will leaving everything to his wife.  He then said that that “[s]hould my wife … and I die at the same moment, my estate is to be equally divided — One-half is to be donated to the City of Hope in the name and loving memory of my sister, Mrs. Rose Duke Radin. One-half is to be donated to the Jewish National Fund to plant trees in Israel in the names and loving memory of my mother and father.”

All of the courts leading up to the California Supreme Court ruled in favor of Mr. Duke’s closest living relatives, relying on the plain language of the will (there is a long standing rule of excluding extrinsic evidence when a will is unambiguous).

However, this week the California Supreme Court gave Mr. Duke’s estate to the charities, finding that Mr. Duke’s will contained a “mistake in the expression of the testator’s intent at the time the will was drafted.”

The lawyers will be discussing this ruling for some time, reviewing how it can impact future estate litigation.

But for those considering a DIY document, think about this: it took the Supreme Court of California to get to the bottom of this will, and the relatives are “reviewing their legal options” according to their attorney right now.  Even the better DIY solutions leave you empty handed when it comes to dividing your estate – arguably the most important, and one of the most complex parts of drafting your living trust or will.

If you don’t leave clear instructions for your heirs, it can take “all the kings horses, and all the kings men” to try and put your wishes together again.